Imagine a herd of wilder beast galloping towards you. That’s what it feels like to be confronted by the next round of digital updates, but fear not – we’re here to help you fend off the attack.

Let’s start with headless CMS – it’s a lot less painful than it sounds!

Typically, the front end – what your customers see – was pretty much dictated by the back end – where the geeky tech stuff takes place. In a sense, the tail wagged the dog, if you will. You see, most websites are built using templates, such as WordPress. These templates are about as rigid as reinforced concrete.

So, to bring your beautiful ideas to life, we had to squash them into their very formulaic system. Any attempt to stray from the format would involve a designer and developer concocting some wonderfully cumbersome ‘add ons’, which often had a detrimental impact on the time it took your site to load and its functionality.

We won’t bore you with the technicalities (although our tech geeks would be more than happy to discuss the finer details with you at great length). Put very simply, decoupled or headless CMS uses something known as application programming interface (API) so you can take data from any external source and make it work on your site. No need for additional plugs ins, problematic maintenance and the security concerns that used to hamper great sites – just more options, more flexibility and fewer constraints.

In a sense, we’ve now got the front end leading the back, which is generally how the best things in life work.

Freed from the grid

The wonderful regimented 12-column design framework has been a friend and foe of web designers and developers for what seems like forever. Well – the shackles have now been taken off and design can be developed in a much more fluid way.

Don’t blame the designers completely though! Tools to create more dynamic sites that veer from the three of four block style have been around for a while, it’s just that the majority of browsers that people access the sites through have not been able to support them.

We all know there’s no point in having the best website in the world if no one can actually see it, so it’s great that the majority of browsers can now support this kind of content. (There are a few still stuck in the Dark Ages, but let’s not mention them – Internet Explorer 6).

The plus for businesses is that, not only can designers and developers do more with your website, but since they no longer have to fathom ways to outsmart the grid system, they can also work much faster. Win, win!

The magic of Yarn

Who actually knows what goes on in the background of a website? Well – if you fell into your average website, you’d find yourself traveling through rabbit warren after rabbit warren of packages and applications that each support the other to ensure what your customers see is consistent, effective and optimized to hit the top spot in Google ranking.

The trouble is, things change. To get to optimization heaven, you have to update your applications all the time and, since each application then has a number of associated ones, you end up in this rabbit warren of packages. Even if just one tiny component of a package needs updating, you have to go through and systematically synchronize the whole lot, which takes oodles of time.

It’s quite a maze behind the scenes, which is why we are all jumping for joy at the arrival of Yarn.

Developed by Facebook with input from Google (who know a thing or two about website optimization), Yarn streamlines everything that goes on behind the scenes. Rather than updating everything sequentially, it does it all at once – like magic! What’s more, if you have any duplicate packages, it gets rid of the ones you don’t need, so everything works much more efficiently.

This means we can work more efficiently, your site can work much faster and, since you’ve ditched the excess baggage, your site will load more quickly, which Google LOVE when considering your ranking.

If you have the same colour on multiple pages of your site that will equate to multiple references codes behind the scenes, change a colour and it’s a painstaking process of changing every code referencing that colour. Of course, you can do a “find and replace” job, but these things are never quite that easy and glitches always occur leaving developers with mountains of code to manually unpick. Comparisons to needles and haystacks have been made!

CSS revision has just been made to help to synchronise everything across the pages of your site. Changing a font, colour or style should be as easy as clicking a button. Further updates are even in the pipeline to help sort out layout issues and formatting problems that are the bane of many a developer and client alike!

No, we’re not announcing the passing of a less-known rapper. JQuery is, in fact, and oft-used but seldom-applauded little piece of code that makes it much easier to use JavaScript on your website. It’s helped coders across the world to make words on websites appear effortlessly. But, as technology has evolved, so our little friend ‘j’ is off to join his friends, the Nokia 3310 and the faithful floppy disc, for a well-earned retirement.

Websites these days just don’t need him. Content is much more stable on sites, so there is no need of jQuery’s help. There are added benefits too. Whilst jQuery was helpful he did add an extra 100KB to a webpage. Losing him will mean faster page load times, which always pleases Google. Hooray! 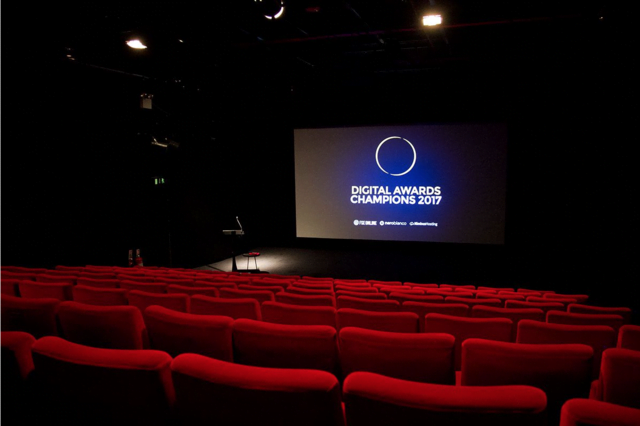 A huge thank you for voting for us, we scooped two Digital Champions awards!